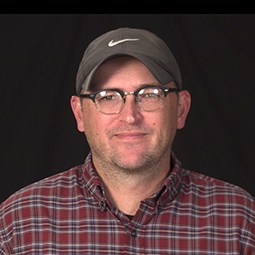 We wouldn’t exactly say that Chris’ life totally revolves around radio. But if radio were a person, it would win best leading role in the continuing run of the life of Chris White. Some might even say as large of a role as Bruce Willis plays in the Die Hard series – which is Chris’ favorite.

Chris was recruited in mid-2016 by Olen Booth to join the Hawk SCADA team to help care for their customers in the broadcast industry. It was something they both knew a little about, having worked together in broadcasting just out of college. You often go to great lengths to secure good talent. And in this case, it meant a road trip to New York City. But the culture shock of a move south wasn’t as dramatic as you might think (even after also living in LA), since Chris was settling down just next door to his boyhood home of West Point, MS.

If you want to get to know Chris better, invite him over for steak and potatoes, washed down with a frosty diet coke. What not to do? Maybe not save a seat for him at your book club, since the last book he read was Green Eggs and Ham. But Chris’ lack of lust for consuming the written word is eclipsed by his gift of gab, where you quickly learn he knows more than just a little about a lot of things. Just tune in to his live audio broadcast on Mixlr Sunday evenings @ 9 if you want confirmation.

Chris’ unique mix of brains and wit makes it impossible to pass him by when selecting your all-star team. He operates in problem-solving mode. For instance, when we asked what one non-living thing he’d grab if his house was on fire, he said a fire extinguisher. And if you ever find yourself washed up on dry land out in the ocean, Chris is the guy you’ll want to be there with — as he will have selected a boat, gasoline and a GPS as three things he’d want to have along if stranded on a deserted island. That is, if you actually want to escape back to reality. Better decide fast, though, because we’re pretty sure if you don’t, you’ll see Chris speeding off yelling back his favorite Die Hard quote, “Yippy Ki Yay …!” Yes, we did leave off the ending. This is, afterall, a family website.